During the quartz revolution in the 1970s and 80s, the abundance of cheap, battery-powered watches drove American watch manufacturers into the arms of Asian and Swiss companies (or out of business entirely). Is it possible that quartz watch movements could now actually reinvigorate the watchmaking industry in the United States?

Enter Fine Timepiece Solutions USA of Fountain Hills, Arizona. FTS is a US-owned manufacturing and assembly company which was recently highlighted on this website for providing the Ameriquartz movement that powers the Minuteman A11 field watch. In today’s world, there is nothing revolutionary about quartz movements. But what if North American based watch companies could source their components, production, and assembly from the United States instead of Asia? Kunal Naik, CEO and Managing Director of Fine Timepiece Solutions USA, says he wants to provide the facility and skilled labor to empower US watch brands to be independent and competitive. Simply put, FTS wants to be the manufacturing hub for watches in the US. In order to accomplish such a goal, FTS has established a manufacturing and assembly facility within the Fountain Hills campus of East Valley Institute of Technology (EVIT), a vocational school district that serves the Phoenix metropolitan area known as East Valley. The facility is now producing quartz movements and, with current staffing levels, can hand-assemble up to 1,000 movements per week. As demand increases, they have the ability to hire more technicians and assemble up to an astounding 4,000 movements per day within their present workspace. That workspace includes two clean rooms, one for assembling movements and the other for case assembly. Unique to Fine Timepiece Solutions is the ability to program and regulate the US-made circuit boards that are used in their quartz movements. This requires special equipment that was sourced from Switzerland. Bottom line is that Fine Timepiece Solutions is the only company making quartz movements in the USA.

FTS’ capabilities go beyond assembly and include technical support such as pre-evaluation of a brand’s “watch kit”. For example, with the Minuteman A11, they offered suggestions to improve the product, which the brand owner took back to the factory in Asia for integration. 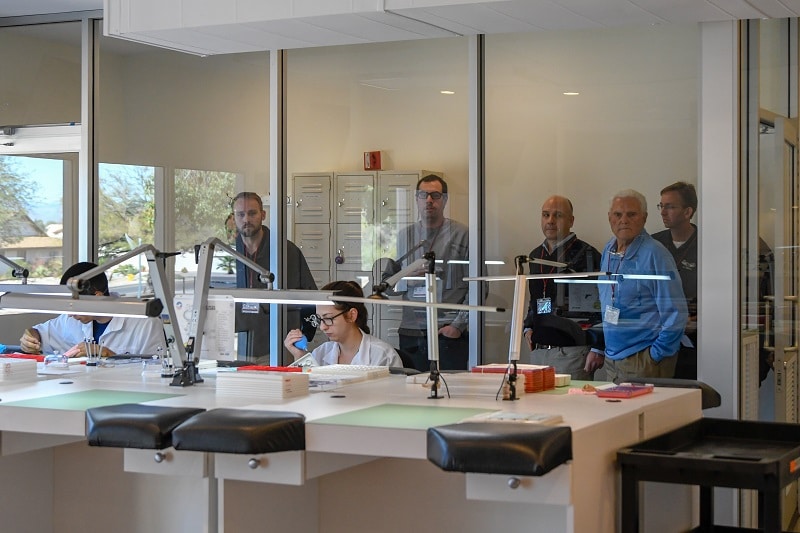 FTS’ relationship with EVIT goes deeper than just tenant/landlord. Partnering with EVIT will put them in touch with adults and high school students to attract them to the watchmaking industry. Indeed, Fine Timepiece Solutions is now seeking full time and part time watch assembly technicians. No experience is necessary and FTS prefers it that way. Kunal explains their philosophy about hiring new staff as follows: “We want people new to the industry so we can teach them good habits as opposed to unlearning bad habits.”

Part of the training will include dexterity tests to ensure that new hires possess the discipline and fine motor skills critical to this vocation. To ensure that high watchmaking standards are an integral part of company culture, the FTS management team includes Chief Technical Officer Manuel Yazijian, who has an impressive background of over 30 years in watchmaking and technical staff training. 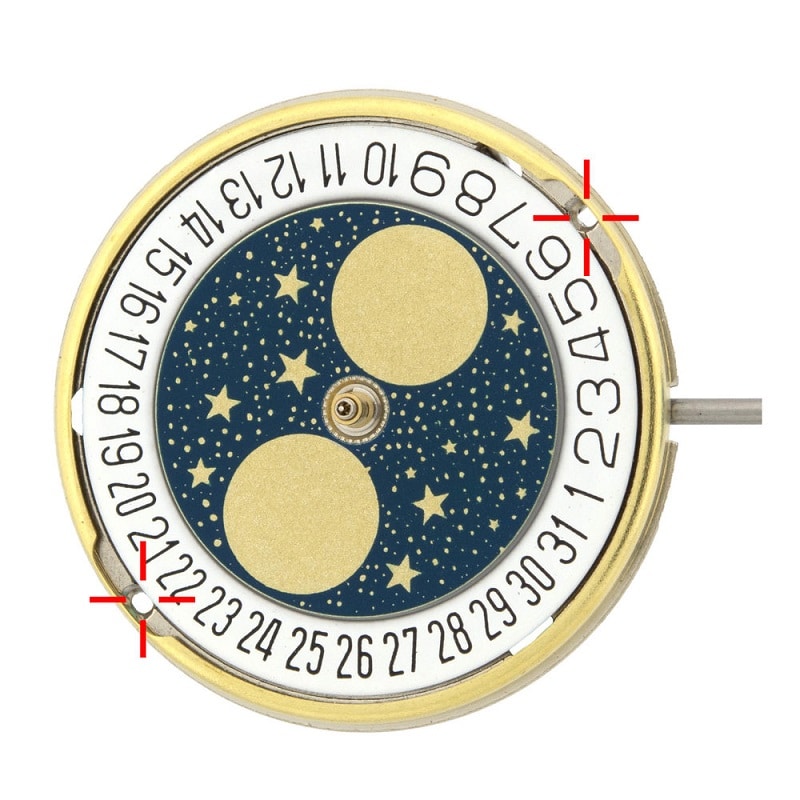 The FTS website currently catalogs 16 different Ameriquartz movements ranging from basic two-handers to Day/Date, Moonphase, and World Time variants. All calibers feature jeweled bearings and machined metal components thereby distinguishing Ameriquartz from molded plastic movements used by some manufacturers. To ensure accuracy, they have a self-regulating feature that is programmed to periodically compensate for a fast or slow running quartz crystal. They are also fully serviceable, meaning they can be repaired without having to replace the entire unit. Another element of servicing is battery replacement. Technical materials provided by FTS confirm that the battery bridles are not under the type of tension that can make battery changes an exercise in frustration. Movement photos reveal a bridle that swings out of the way by loosening a single screw. (The bridles appear to be embossed with the Ameriquartz logo, a nice touch.) Vision for the Future – Made in USA?

Eventually, FTS wants to broaden their capabilities to include components such as cases, crystals and straps. What about mechanical movements? Kunal doesn’t rule that out but he also knows that their watchmakers must first develop the skillset and experience to do that. Meanwhile, FTS is aiming to meet the Federal Trade Commission standard of “Made in USA” for their Ameriquartz movements.

Currently, FTS benefits from their partnership with global giant Titan Company (India’s leading producer of watches and other consumer goods), who provides certain watch components and technical expertise. Ameriquartz movements presently contain US made semiconductors, batteries, screws and stamped parts. Going forward, FTS will be expanding the domestic content of their movements in order to achieve the Made in USA standard. For now, it’s fair to say that these movements are Made in the USA from American and imported parts.

The story of FTS USA is intriguing and the thought of a North American watchmaking hub should be especially appealing to US and Canadian brands. For them, travel distances, communication issues and supply chain headaches could all be favorably impacted. As the story unfolds, TBWS will continue to monitor for any major developments. 4 thoughts on “Fine Timepiece Solutions USA – Watchmaking in the USA”