Seiko is perhaps the most successful brand in terms of new releases inspired by watches from their extensive back catalog (though Timex may soon have their number on that).

What makes these new homage releases so popular is the simple fact that Seiko’s back catalog, history, and heritage are so beloved by collectors, horology nuts, and members of the watch fam, and rightly so. Recent releases such as the Seiko 6306/6309 “Turtle” homage, the SRP line of divers, have proved to be instant classics in their own right. There are probably more than a few collectors who feel the need to have both the original 6309 and an SRP777 in their watch boxes. The success of these releases, in my opinion, relies on (at least) two principles. First, Seiko has a pattern of releasing homage watches in a twofold way: a nearly one-to-one limited edition version and a closely-inspired but more affordably-priced version. This was the case, for instance, with the immensely drool-worthy SLA017, a spot-on homage to Seiko’s 62MAS diver and it’s more widely available and affordable counterparts, the SPB series watches (SPB051/SPB053).


While the SPB watches are not the near doppelgängers of the 62MAS that the SLA017 is, they’re damn fine watches that, as with the new Turtles, could be revered in their own right. The second path to success is the sheer number of variations of these more affordably-priced homage series watches. Have you ever actually looked up how many different colors the new Turtle comes in? Clear your schedule for the afternoon. 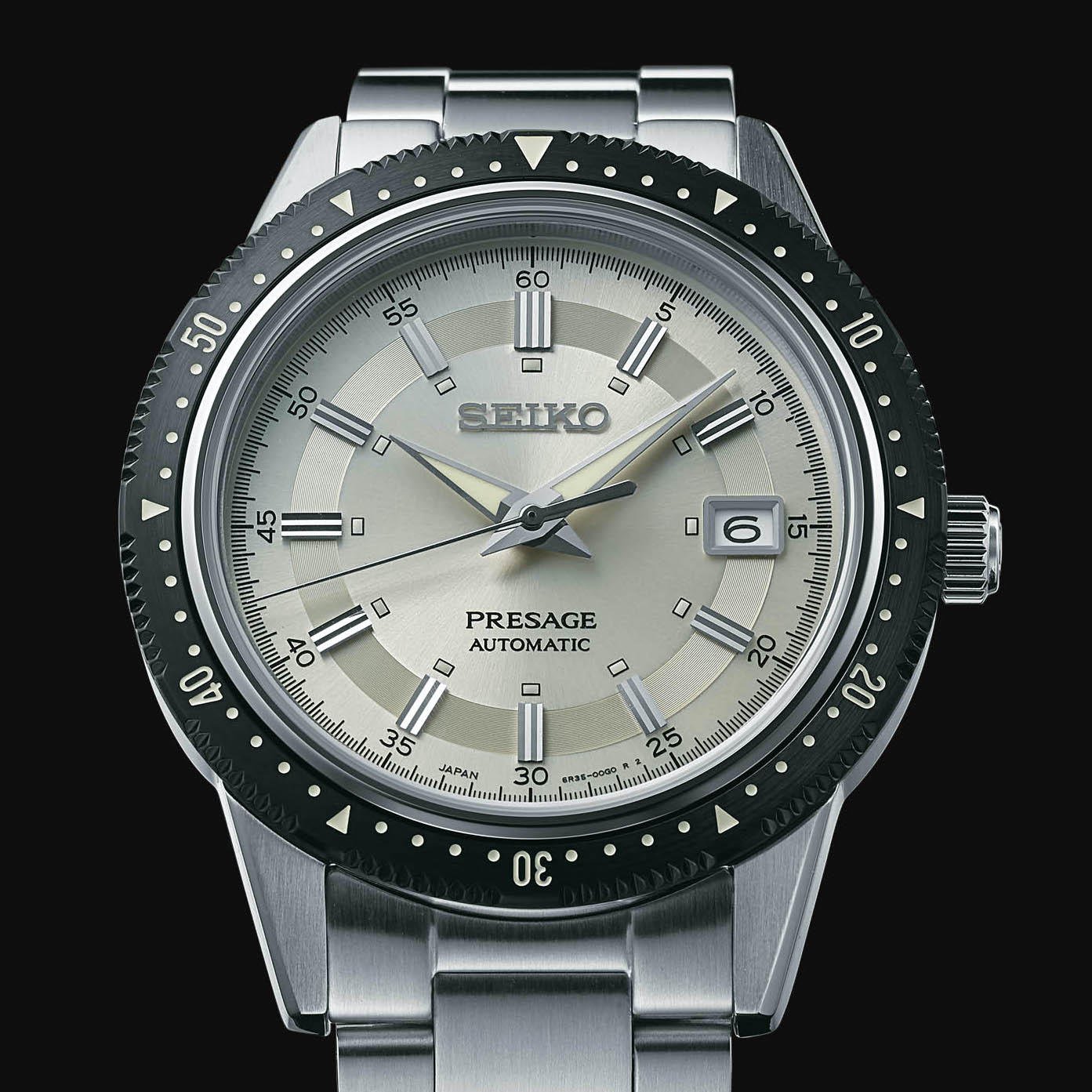 The same is true of this newest release in Seiko’s Presage line. The new Presage Prestige watch is inspired by another classic from Seiko’s past, this time their first-ever chronograph (and, actually, the first Japanese chronograph watch produced), the 1964 Crown Chronograph. The Crown Chronograph was developed by Seiko for the 1964 Tokyo Summer Olympics.

It’s notable for its mono-pusher function, champagne-colored dial, and contrasting black count-up bezel. Much of those design elements are in place with Seiko’s new release (available with black bezels and the original champagne dial as well as a black dial and a lovely emerald green. However, there is one glaring omission: a chronograph function.

Keeping with the pattern of limited clone followed by accessible “inspired by,” Seiko first paid tribute to the Crown Chrono with the SRQ031, a watch that shared much of the original’s DNA except it had a three-register dual-pusher chronograph. This was paired with the SRQ029, a tribute to Seiko’s first automatic chronograph, the 6139. In the case of the SRQ029, it was a specific nod to the beloved 6139-8000 “Baby Panda” though, following the lead of the abovementioned, it had a three-register chronograph.

What’s interesting about the new Presage Prestige watches is that they seem way more faithful to the aesthetics of the original Crown Chronograph than the limited edition three-register job, a noticeable departure from the norm that Seiko seemed to establish from the start with these recent homages. The Presage Prestige does, in fact, share much more with the original. Except for that pesky timekeeping function. I suppose if these new models were chronographs that would drive the price up, but I wonder how much of a deterrent that would be to buyers. How cool would a new mono-pusher Seiko be? What’s also a bit odd to me about this release is that it comes as part of Seiko’s Presage line which, for the most part, consists of way dressier offerings such as the Cocktail Time, the Arita Porcelain dial, and the enamel dial Spring Drive series. For a sporty watch (so sporty, in fact, that it was originally developed as an Olympic stopwatch) it seems a strange choice to be part of the Presage collection instead of something sportier.

It wouldn’t fit in with the divers or the 5’s so I guess there weren’t a lot of other options. Or, perhaps Seiko could have used the Presage Prestige as a jumping-off point for a whole new line of chronograph homages/reissues (that would perhaps, one day, include Speedtimers and, of course, the Pogue??). I guess we’ll have to mark the minutes until that happens. (But not on this watch.)