Baselworld, a leading watch and jewelry trade show whose annual expositions have long been the highlight of the watch industry’s calendar, died on Thursday. The show was 103 years old and is survived by Watches and Wonders, Bremont’s Townhouse, and Grand Seiko’s annual summit.

The death of the show as the world knows it, following a series of self-inflicted wounds and irrecoverable missteps, was announced by its parent company, MCH Group.

Started as a small section within another show in 1917, Baselworld grew to tremendous size, by the mid-2010’s having added 200,00 square feet of exhibition space in the preceding decade and welcoming over 1500 exhibitors and 120,000 visitors each year.

Baselworld was known in particular for its lavish booths—massive displays of wealth by the worlds leading watch brands that in reality more resembled 5th Avenue boutiques. It was not uncommon to see 20-foot reproductions of high-complication watches, Formula 1 race cars, and massive roman columns. In these monuments to horological excess, press met with PR teams, retailers put in orders with sales teams, and one day per show, the public got to ogle the newest offerings from the worlds most exclusive brands.

Outside the massive exhibition hall, the city of Basel and the surrounding areas jacked up their prices for just about everything, with reservations booked a year in advance for everything from lunches to Air BnBs—the show was a massive cash cow not just for MCH Group, but for Switzerland as well.

But the show couldn’t keep up. Numbers began to sag in 2014 and continued to do so until in 2017 only 650 exhibitors remained. MCH Group had over-leveraged themselves in the midst of their growth and now lacked the means to meet their obligations. The show failed to anticipate and adapt to technology, and the overhead costs (some years exceeding $454 million) were too much. MCH Group introduced digital platforms, varying methods to engage for brands and visitors, and a number of other “innovations,” but it was too little too late.

After the 2019 show, Swatch Group—the world’s largest manufacturer of high-end watches—withdrew with plans to hold their own show. Citizen and its constituent brands withdrew later in the year, and then COVID-19 happened. The show, having failed to adapt to the shift towards internet media, having expanded too quickly, and suffering from year-over-year decreases in exhibitors and visitors, took it upon itself to inflict the final blow: in a transparently avaricious move, the show was “postponed,” allowing MCH Group to avoid issuing refunds while not holding a show until 2021. In response, Rolex, Patek Philippe, and the remaining powerhouse brands withdrew from the show.

In mourning the departed, MCH group cancelled the postponed show leaving no clear future in sight and stated that they “are working intensively on clarifying and discussing the requirements and options for new platforms.” That is to say: the Baselworld you knew is dead. No memorial services have been announced.

View all our previous Baselworld 2020 Coverage. 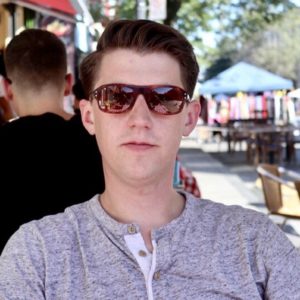